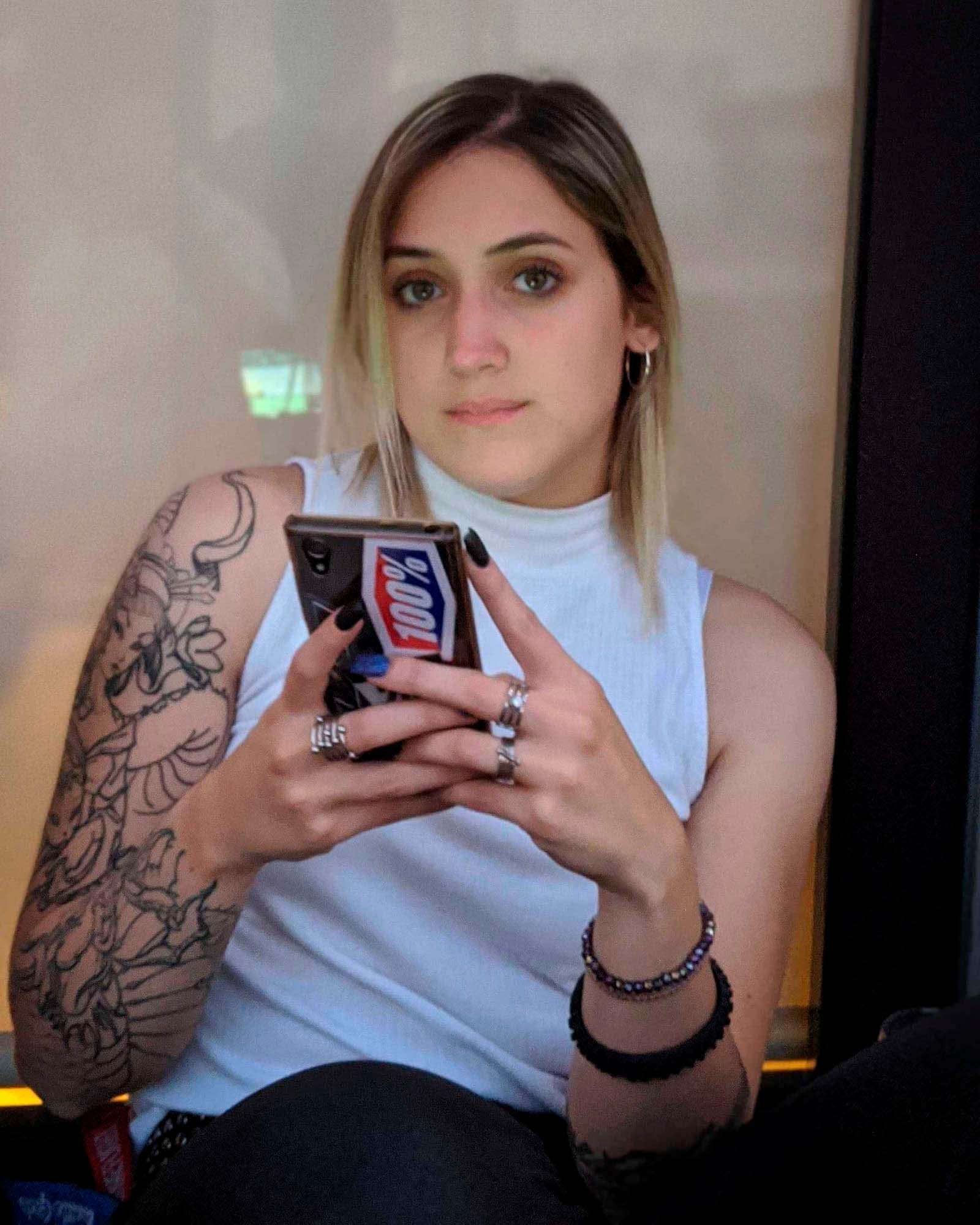 ‍Meet Denise Scollo… a lead software design engineer with a degree from the Universidad Abierta Interamericana.

‍Her interest in programming began as a teenager using Tumblr. “I never knew modifying my Tumblr was programming until I was 18 or 19,” she said. It was a friend who noticed her skills and recommended that Denise study computer science. “I took online classes to see if I liked it. And I did,” she said. While she was still in university, Denise got a job in finance technology as a .NET developer.

But, after three years, she was ready for a change.

‍She’d grown a lot at the finance tech company, gaining proficiency in databases and languages like C# and practicing project management basics, “But with time, I got stuck on what I could learn, and I started seeing these things about the culture that I didn’t like,” she said.

Denise was the youngest person at the company, which ended up being a big hurdle for her professional growth.

“I would receive no respect from older people just because I was a woman or younger than them,” Denise said. “It really bothered me. I wasn’t comfortable.”

So, she started to search for job opportunities on LinkedIn — she wasn’t looking for a flashy position, but just a workplace where she could feel at home.

Then, she got a message from SOUTHWORKS on LinkedIn.

‍It was from a recruiter who wanted to know ifDenise would be interested in a junior developer position. She started to do some digging into the company to find out if SOUTHWORKS was everything it said it was. She was put in touch with Johnny, a partner at SOUTHWORKS

“He explained how they thought about the employees, how they rotate the teams, and how you always have to research, because the things that they solve aren’t documented on any websites.”

After talking to Johnny, Denise could see that SOUTHWORKS was a place she could grow — as a developer, and as a team member and leader too. But it was the company culture that sealed the deal for her.

“As soon as he explained to me what they did and the culture that they had,” she said. “I was in love.”

At SOUTHWORKS, Denise has found her dream team.

‍Her new team is always willing to collaborate, and she’s learning new things all the time because her coworkers frequently talk about what they’re working on and thinking about.

“We help each other,” she said, “even if we are not working on the same team.”

She’s also getting to grow more than just her programming skills. “It’s a company that lets you get your hands dirty. If you want to get involved in something that is not development, you can,” she said. For example, Denise recently had the opportunity to represent SOUTHWORKS at the HackerX event for women in technology.

“I found it really cool that SOUTHWORKS attended women in tech events and… that I could help with something other than just development.”

‍Denise says that SOUTHWORKS is a place where you’ll never feel stuck. “The key is to always be curious,” she said.

“If you are active here at SOUTHWORKS, you will achieve a lot of things, but you have to keep growing along with the company’s growth,” she said.

It’s that “we bring it,” always-learning attitude that makes it possible for SOUTHWORKS to Make Everything Right.

The contents of this article are extracts from an interview conducted by Autumn Privett from Pitchmaps with Denise Scollo, a Lead Software Engineer with SOUTHWORKS.